NEWARK, DE — You ever looked at a playoff probability chart for a presumed title contender at the start of a season? The one that tells you they have a 95 percent chance of making the playoffs, then skyrockets to 99-point-whatever percent within two weeks as it becomes clear that the team isn’t going to blow it?

Friday afternoon’s baseball game between the Northeastern Huskies (29–6, 17–0 CAA) and the Delaware Blue Hens (10–21, 6–15 CAA) was that phenomenon in miniature. The Huskies pounced quickly, forcefully, and decisively, posting six runs in the first three innings and riding Cam Schlittler’s arm to an 8–1 win.

It was their 19th consecutive win, still the longest active streak in college baseball. A sweep in tomorrow’s doubleheader — which WRBB will broadcast live — will snap the 30-year-old team record in that category.

They wasted no time on Friday. Scott Holzwasser kickstarted the offense in the first inning with a clean single up the middle, adding to his growing footprint in the Northeastern record books.

Up next was Jared Dupere, who entered the game outslugging the rest of the conference by such a wide margin that the league will probably start forcing him to swing a toothpick instead of a bat. The Delaware outfield shifted rightward before Dupere smacked a ringing double right where the centerfielder would normally be positioned.

This plated Holzwasser for the game’s first run, but it also served as the opening salvo in one of the strangest storylines of the season. More on that lower down.

After giving up one run in the first inning, Delaware starter Chris Ludman gave up two in the second. He didn’t pitch poorly, but a hit-by-pitch to Ben Malgeri, a well-placed grounder from Teddy Beaudet, and a Spenser Smith infield single notched another run. Jeff Costello’s warning-track RBI sac fly, despite being the only hard-hit ball of the inning, was an out.

One run in the first, two runs in the second, you know where this is going. The Huskies’ third-inning three spot consisted almost exclusively of hard-hit balls. Dupere’s deep flyout to left wasn’t remarkable in itself, but the fear factor he brought with him to the plate was obvious.

“I have not seen that scenario before. I have not seen four guys in the outfield against us,” Northeastern head coach Mike Glavine said. “I actually like it in that scenario; there’s zero chance I’m going to bunt him, especially in this park. This park is completely different from ours. The ball flies out of here, the turf is fast, so they know we’re not going to bunt.”

The flyout ultimately made the shift irrelevant, but whatever, right? Delaware got their man. Only thing to do is move on to the next hitter, who hopefully won’t . . .

Oh, and Ludman also yielded a double to Danny Crossen in the next at-bat. But fair enough; Crossen entered the game with a CAA-best .398 batting average. And Ludman got the second out when Malgeri flew out. All he had to do was retire Ian Fair, who has underperformed expectations after being named the CAA Preseason . . .

Yeah, there’s really nowhere safe to land in this Husky order. Their number seven hitter was predicted to be the best player in the conference this year, but arguably has been the eighth or ninth best hitter on his own team. God help the rest of the conference if he returns to peak form.

“It was good to see the longball,” Glavine said. “It’s a great hitters’ park and I expect to see a bunch more home runs this weekend.”

Unfortunately for anyone hoping Northeastern would continue their 1-2-3 pattern and score 45 runs on the afternoon, the Huskies did not score four runs in the fourth. They did score one in bizarre fashion, however, first loading the bases without a hit — error, error, intentional walk — then cashing in on . . . deep breath . . . a 5-4-3-2 fielder’s choice double play.

Credit Blue Hen first baseman Joseph Carpenter for being alert and smooth enough to gun down Holzwasser, or things could have gotten even further out of hand.

But the fielding prowess wouldn’t hang around for long, as Malgeri followed his one-out, fifth-inning double with a steal of third before an errant throw from catcher Jack Goan sent him home.

The Husky offense faltered from there, failing to score in the final four innings and allowing Ludman to finish on a high note. Glavine cited a lack of focus and the removal of the team’s collective foot from the gas pedal, but noted that “fortunately we had Schlittler on the mound dominating.”

Schlittler scattered eight hits across eight scoreless innings. And I do mean scattered; half of Delaware’s hits were doubles, they constantly had runners in scoring position, and yet Schlittler stranded them all, closing six different innings with a strikeout.

“He just pounded the strike zone. I thought he was very efficient,” Glavine said. “They weren’t swinging as well as they [usually] do, he was in attack mode, so there were a lot of quicker outs.”

Glavine wasn’t kidding. Of the 24 outs Schlittler recorded, 10 were strikeouts, six came on the first pitch of the at-bat, and three came on the second. Two weeks before, Glavine admitted that he regretted leaving Schlittler out there for an eighth inning in which he hit two batters, saying he shouldn’t have taken the energetic freshman’s word for it that he was still good to go. But today?

“I asked him after the seventh inning — I think he was at 94 pitches — how he felt, and his response was, ‘this is the best I’ve felt in a month,’” Glavine recalled. “It wasn’t, ‘yeah I feel good, coach, I’ve got it.’ It was ‘this is the best I’ve felt.’ That’s a much more definitive statement than me deciding that he feels good and wants to go back out there. He’s basically saying, ‘I’m going back out.’”

Glavine also noted that Schlittler looked better today than he did in the aforementioned start, that he wasn’t working as hard, and that the 70-something-degree weather helped. Throw in a sixth-inning relay that cut down a would-be Delaware run, and the result was a stat line that backed his coach’s confidence.

Schlittler improved to 6–0 on the season and dropped his ERA to 1.40. The latter trails only his teammate Wyatt Scotti among qualified CAA pitchers, although Schlittler has tossed 58 innings to Scotti’s 36.

Delaware finally pushed across a run in the ninth against Northeastern reliever James Quinlivan, but officially dropped their fifth game to Northeastern this season a few moments later. 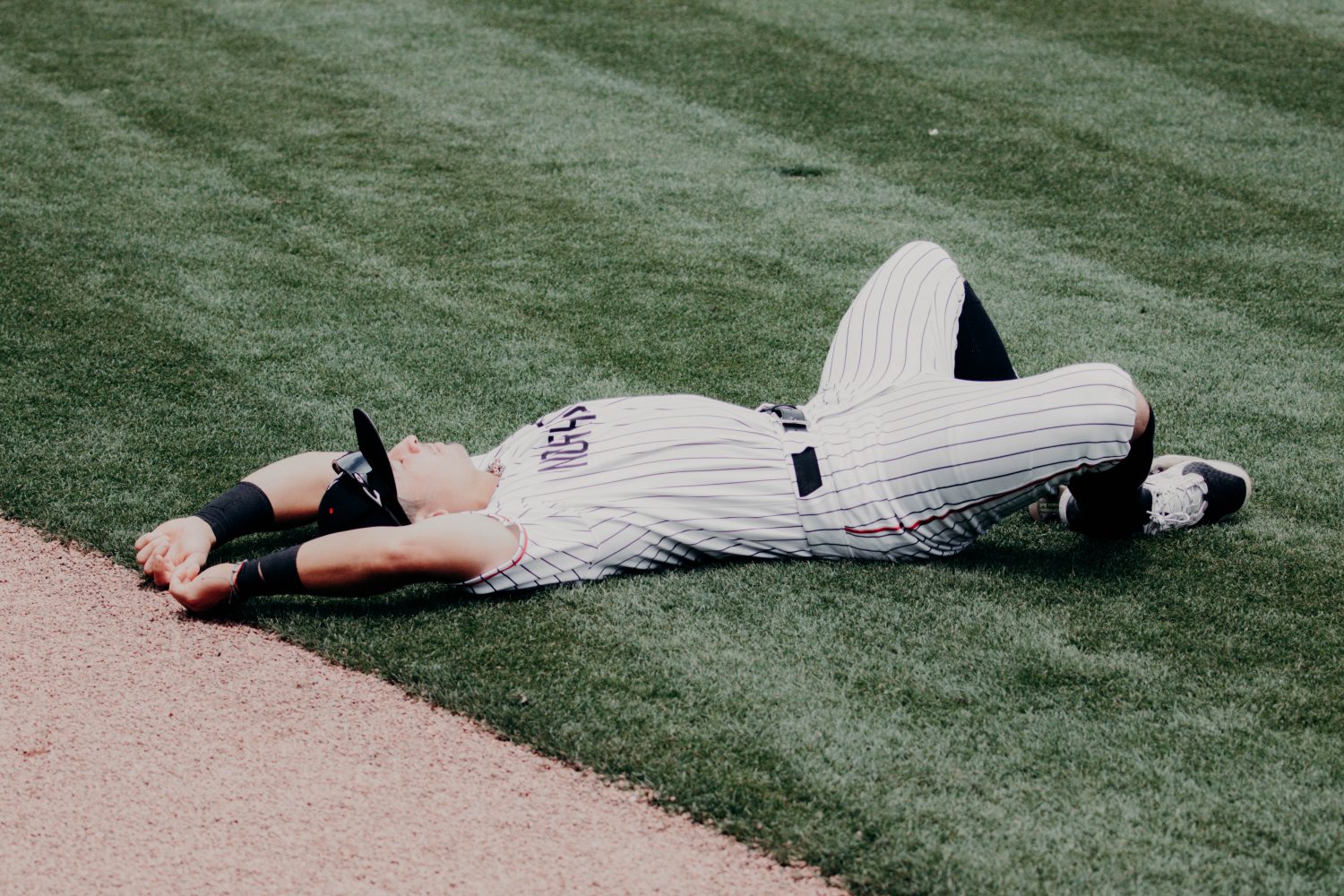